The caring and experienced professionals at Gordon Memorial Home are here to support you through this difficult time. We offer a range of personalized services to suit your family’s wishes and requirements. You can count on us to help you plan a personal, lasting tribute to your loved one. And we’ll carefully guide you through the many decisions that must be made during this challenging time.

You are welcome to call us at any time of the day, any day of the week, for immediate assistance. Or, visit our funeral home in person at your convenience. We also provide a wealth of information here on our website. 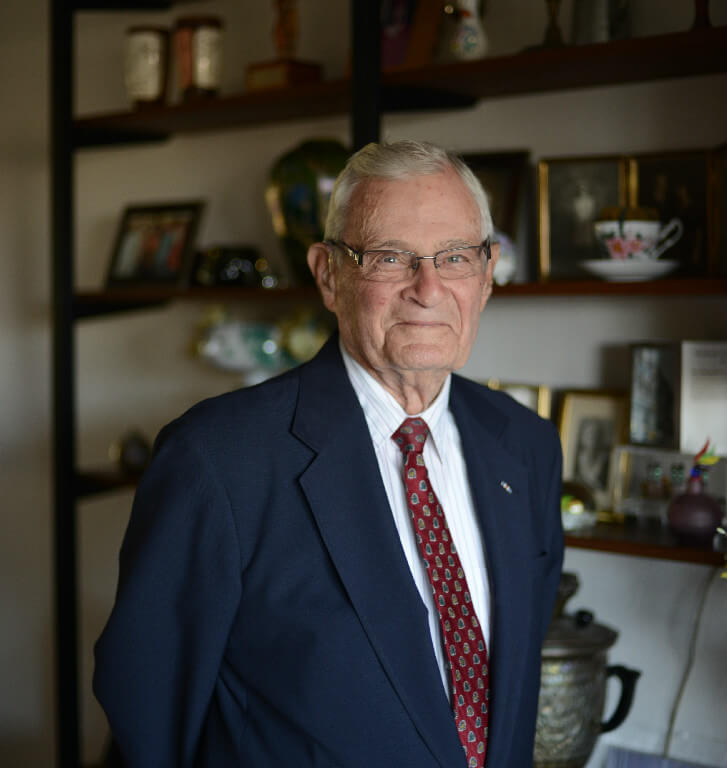 An Introduction by Robert Gordon

My interest in the the mortuary business, started almost as a lark.  We were to write a paper on our future plans in our senior year in high school and another student and I decided that we would write about being undertakers. A short time later, my mother passed away after a long illness and I was so impressed with the compassion and help that the funeral director provided, plus the restoration of my mother's beauty and healthy appearance, as done by an excellent embalmer, I decided, that's for me.  I applied for a job as an apprentice at a local funeral home and was called to work four days after graduation.  I finished my apprenticeship in 1946  after returning from serving almost four years in the Army and subsequently passed the State Boards and became a licensed Funeral Director and Embalmer in 1947.  I got a job in Cleveland, Ohio with Berkowitz and Sons, where I worked until 1952. I moved back to Akron, my birthplace, and opened Gordon Memorial Home Inc. in a converted double store room which consisted of office space, chapel seating 120 people, with a separate area for private family seating ,casket showroom,embalming room and rest rooms. We moved into our present location in 1962.

In December of 1989 I decided to retire from active ownership of the home, and turned it over to Craig Flury. I have been so pleased that he has been able to maintain the very high standards that I set for myself, and has continued to have Gordon-Flury Memorial Home serve the needs of Akron families.

If you need our services immediately, please call us.
We will begin the process of bringing your loved one into our care right away.