Share a memory
Obituary & Services
Tribute Wall
Read more about the life story of Pamela and share your memory.


Pamela Lewis Kanfer, a reading teacher who helped change the laws in Ohio so schools could meet the needs of dyslexic students, died January 7 in her adopted home in Palm Beach Gardens, Florida, with family at her side after a long battle with cancer. She was 72.

Pam, who also helped start a successful program at Akron’s Helen Arnold School to improve the teaching of reading, was a loving mother of four and grandmother of 15 who wanted each of her children to grow up to become their own people – with a love of Judaism – and they did.

It was family, above all else, that mattered most to Pam. She always made sure her children gathered together for Shabbat dinner Friday night, enticing them to the table with the delicious challah and matzoh ball soup she made. She sent her children to school each day with sweet notes on napkins that she tucked into their lunchboxes. She carpooled whole teams of student athletes and never missed one of her kids’ games. Once grandchildren started to arrive, she specialized in “upside down dinners,” serving dessert first. Her grandchildren called her “Pamma,” a name that perfectly reflected her creative side.

Pam’s interest in dyslexia was sparked as she watched her son, Jaron, struggling to learn to read. She would eventually become a certified reading specialist, tutoring hundreds of students who might otherwise have fallen through the cracks over a decades-long career at The Lippman School and in private practice. She travelled the region as a volunteer, teaching teachers how to help students who were having trouble reading.

“Parents are usually the first ones to know and they always can sense when something’s going on,” Pam said in a 2015 interview. “Teachers need to know that kids aren’t lazy. I think that’s the big line. They just say, ‘Well, this kid’s lazy, because I know he can do it.’ Or, ‘If I send him back to his desk, he’ll do it right the next time.’”

“And then,” Pam added, “professional development is the best solution to solving the reading problems in the school.”

Pam served as treasurer of the Northern Ohio branch of the International Dyslexia Association, as well as on the Ohio Legislative Executive Committee. It was in that capacity that her colleagues and she advocated successfully in 2011 for new laws requiring schools to screen all incoming kindergartners to ensure at-risk students receive proper attention and establishing training programs to educate teachers about dyslexia.

Pam Kanfer was born February 3, 1950, in Akron, Ohio, and attended Copley High School where she was a majorette at football games, known for twirling a mean baton. After graduating high school in 1967, she attended Miami University, majoring in education.

After living on a kibbutz in Israel in her early 20s, Pam returned to Akron and, in 1973, began teaching kindergarten and Hebrew at Hillel Academy, the nascent Jewish day school that her mother Sylvia Lewis, of blessed memory, co-founded the prior decade. She was known for her unique style of teaching – she taught each student individually at a work station, rather than the typical lecture-style approach, standing at the front with each student at a desk.

It was one of Pam’s kindergarten students, Marcella Kanfer, who introduced Pam to her father, Joe Kanfer, promising him that her teacher would “would make a great mommy.” Pam and Joe were married in 1979, and had three more children: Mamie, Ketti, and Jaron.

In the mid-1980s, Pam felt strongly that the Jewish day school needed to move from the makeshift camp building on the grounds of the Jewish Community Center to a permanent, fully appointed facility, prompting the community to break ground on what would become the Jerome Lippman Jewish Community Day School. But, for Pam, it was never about bricks and mortar.

“People just felt very proud to have this nice building, but a building isn’t what makes the quality of education in the school,” Pam said in a 2009 interview. “It’s the staff … the kids, administration. And people could feel that whether they walked into a camp building with leaks in the ceiling or whether they walked into this nice building with bulletin boards on the wall at the JCC.”

Outside of her family, the Jewish community, and her achievements as an educator, one of Pam’s most enduring legacies may actually be the role she played in the family business, GOJO Industries, advocating in the mid-1990s for a little-known product that helped kill germs on people’s hands.

At that time, the company had been selling PURELL Instant Hand Sanitizer into professional environments, in particular health care. Joe, then CEO, resisted the idea that PURELL had potential in the consumer market. Pam, though, had fielded countless calls from family and friends who wanted a bottle for their personal use, and insisted the consumer market had legs.

To prove her point, one weekend, she set up a card table at Mustard Seed Market & Café in Montrose -- and sold bottles in droves. After repeating Pam’s experiment at a larger regional chain with similar results, Joe finally became convinced, committing to a major marketing effort that launched what has become a category-defining global brand – a feat, Joe jokes, that Pam liked to remind him of every year, around her birthday.

In addition to serving as a teacher, Pam held numerous posts as an educator over the years, including Principal and Board Chair of Hillel Academy, and Chair of the Hebrew High School. She was instrumental in implementing American Sign Language as an official language credit at Revere High School in Richfield, Ohio, and she was on the instructional staff at Neuhaus, a nonprofit dedicated to bringing the Science of Reading techniques developed to help teach students with dyslexia to all students with reading difficulties.

She co-chaired, with her daughter Ketti, Lippman Kanfer Family Foundation, which focuses on addressing poverty and education, and she was a founding trustee of Lippman Kanfer Foundation for Living Torah, which facilitates applying Jewish wisdom in service of thriving Jewish life, personal well-being, and a better world for all.

Pam was scheduled to receive the H. Peter Burg Community Leader Award from the American Red Cross in March of this year.

“Calm and being fulfilled with life and family best describes Pam,” said Joe, her husband of 43 years. “She just didn’t get mad, apparently thinking that all who she came in contact with were like her kindergarten students – they could learn, if treated gently.”

In addition to her husband Joe, Pam is survived by her four children, Marcella Kanfer Rolnick (Josh), Mamie Kanfer Stewart (Justin), Ketti Zigdon (Donny), and Jaron Kanfer (Sara); three siblings, Randy Lewis, Danny Lewis (Laura), and Cynthia Lewis Lagdameo (Eric); fifteen grandchildren, Meyer, Heshel, Lev, Pella, Syan, Briya, Benyamin, Yosef, Elie, Shalom, Pinchas, Alma, Sima, Yaakov, and Bodhi; three nieces, Hannah Lewis, Isabel Lagdameo, and Charlotte Lagdameo, and one nephew, Sam Lewis; and Kenneth Creamer who was like a son to her as well.
Pam was predeceased by her parents, Sylvia and Allen Lewis, as well as her grandparents, Helen and Harry Davidson and Rose and Louis Lewis.
The family is grateful to the kind and attentive caregivers, especially Ythamar Chaney, Letty Gomez, Renne Senne and Chrissy Hagberg, who enabled her to live comfortably at home.
Donations in Pam’s honor may be made to the Pam Kanfer Reading Specialist Fund at The Lippman School, or the Northern Ohio Branch of the International Dyslexia Association.
The funeral will take place at 2 pm on Monday, February 9, 2023, at Revere Road Synagogue, 646 N. Revere Road, Akron, Ohio. Shiva will follow at the family home in Richfield on Monday, Tuesday, and Wednesday from 5-9 pm with additional shiva observances being planned in the adult children’s communities.

To send flowers to the family or plant a tree in memory of Pamela Kanfer, please visit our floral store. 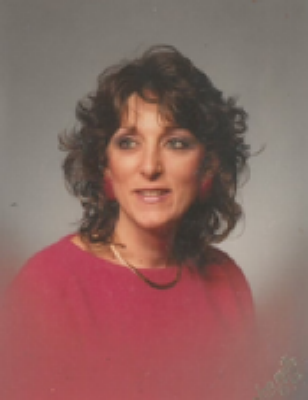 You can still show your support by sending flowers directly to the family, or by planting a memorial tree in the memory of Pamela Kanfer
SHARE OBITUARY
© 2023 Gordon Memorial Home. All Rights Reserved. Funeral Home website by CFS & TA | Terms of Use | Privacy Policy | Accessibility