Share a memory
Obituary & Services
Tribute Wall
Read more about the life story of Milton and share your memory.

Milton Ira Wiskind of Akron died on May 31st, 2022 at the age of 97. He was married for more than 55 years to Edith (Finegold) Wiskind, who predeceased him in 2014. They were the parents of five children.
Milt was born on May 6, 1925 in Newark, New Jersey, the son of Mendel and Jean (Cohen) Wiskind. His education at the University of Pennsylvania was interrupted by service in the U.S. Navy during World War II, where he served as Fire Control Officer on the destroyer USS Yarnall and was in Tokyo Bay when the war ended. After being discharged from active duty as a Lieutenant Jr. Grade he returned to Philadelphia and graduated from the Wharton School with a B.S. in Economics in 1947.
He remained in the Naval Reserve until 1972, retiring with the rank of Commander after 29 years of service that included a recall to active duty for more than two years during the Korean War. Before and after that service he worked for Wiskind Brothers (a wholesale grocer founded by his father and uncle) and several companies in the garment industry before moving to Akron and joining Myers Tire Supply in 1956.
Later that year Milt relocated to Pittsburgh, Pennsylvania to open a fourth branch office for Myers. In 1958 he met Edith during an adult education lunch at Temple Rodef Shalom, and they were married on October 19, 1958. Milt and Edith had three children while in Pittsburgh and two more shortly after returning to Akron in 1963. Milt became Vice President of Myers Tire and oversaw the opening of 40 branch offices around the U.S. and internationally. As the company expanded, so did his responsibilities. He became Vice President of the parent Myers Industries, joined the Board of Directors, and later served as Vice-Chair before retiring in 2005 at the age of 80 after more than 49 years with the company.
Milt was a member of Temple Israel for almost 60 years, including a term as President of the congregation. He was an active supporter of multiple community programs, including the American Red Cross and the Northeast Ohio Medical University. He and Edith traveled the world, eventually visiting every continent (although Edith declined to accompany him to Antarctica). He had a lifelong passion for photography, and after retirement also enjoyed woodworking and landscape painting.
He remained mentally sharp, consuming multiple newspapers and keeping up to date with current events. Milt was an avid storyteller with a great sense of humor. He loved a good debate but kept an open mind, sometimes surprising others and himself by adapting to changing circumstances. He enjoyed corresponding with his far-flung grandchildren, especially those in Israel, and could always be relied upon for good advice and life lessons.
In his last years, Milt's life was enriched by his dear friend and loving companion Eva Longsdorf, by his neighbor June Cunningham, and by devoted caregivers, including Malinda Rogers, Erin Homula, and Marshorie Davis.
He is survived by his children, Michael (and Deborah) Wiskind of Ardsley, NY, Lynn Wiskind (and Chanan Salomon) of Telz Stone, Israel, Robert (and Anne) Wiskind of Atlanta, GA, Ellen (and Eric) Schwartz of Atlanta, GA, and John Wiskind (and Doug Gary) of El Cerrito, CA; and by thirteen grandchildren and four great-grandchildren. His beloved wife Edith and sister Myra Panitch predeceased him.
A memorial service will be held at a later date. In lieu of flowers, donations can be made to the Temple Israel Ceremonial Fund or the Northeast Ohio Medical University.

To send flowers to the family or plant a tree in memory of Milton Ira Wiskind, please visit our floral store. 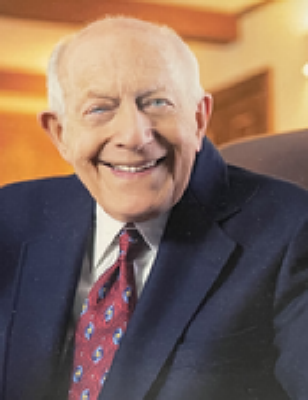 You can still show your support by sending flowers directly to the family, or by planting a memorial tree in the memory of Milton Ira Wiskind
SHARE OBITUARY
© 2023 Gordon Memorial Home. All Rights Reserved. Funeral Home website by CFS & TA | Terms of Use | Privacy Policy | Accessibility