Share a memory
Obituary & Services
Tribute Wall
Read more about the life story of Jerome "Jerry" and share your memory.

Jerome Schneier was a native of Akron, Ohio. Son of George and Rae Schneier, Jerome “Jerry” graduated from West High and Kent State University. Jerry was President of Schneier’s Finer Foods, a packer of fresh fish and meat. He made a career change and started Midwest Associates, a food service brokerage and served as President of the Food Brokers Association of Northern Ohio; he received many accolades such as Broker of the year for several of his manufacturers. After selling his business, Jerry became a real estate agent for Howard Hanna until he retired.

In his personal life, Jerry served on a variety of leadership roles at Beth El Congregation including being on the Board of Directors and working on different committees. Jerry played an active role and led the morning services as part of Beth El’s Yachad club.

In addition, Jerry held the positions of Chairman of the Young Men’s Division of Jewish Welfare Fund and President of Rosemont Country Club.

Jerry was married to the love of his life, Sandra, for over 63 years. He had 3 daughters, Marla (Thomas), Franci (Adam), and Lisa (Todd) and 8 wonderful grandchildren. He leaves extended family with whom he shared many holidays and specials occasions together. Jerry was known for his big smile, his full head of white hair and dedication to his religion. He will truly be missed by all.

To send flowers to the family or plant a tree in memory of Jerome "Jerry" Schneier, please visit our floral store. 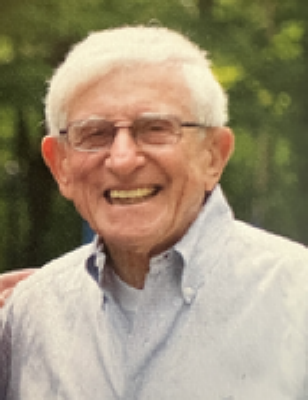 You can still show your support by sending flowers directly to the family, or by planting a memorial tree in the memory of Jerome "Jerry" Schneier
SHARE OBITUARY
© 2023 Gordon Memorial Home. All Rights Reserved. Funeral Home website by CFS & TA | Terms of Use | Privacy Policy | Accessibility