Share a memory
Obituary & Services
Tribute Wall
Read more about the life story of Felicitas and share your memory.

Felicitas (Lici) Calderon
March 23, 1928, to November 12, 2021
Lici passed away peacefully November 12, 2021, in Boca Raton, Florida
Lici was a witness to the Holocaust. Born in Bratislava, the daughter of Charles and Elizabeth Fabian, she survived the Holocaust by hiding in a Lutheran boarding school. She is the author of the “Surrounded by Fire, a Holocaust Survivor’s Story” about her war time experience.
She remained in Czechoslovakia until she was recruited to join the Israeli navy in 1948. While in Israel she met Sam Calderon, and they married in 1950. Lici and Sam immigrated to the United States with their two young children, Rina, and Jack, in 1958.
Lici earned her bachelor’s degree in social work from the University of Akron in 1979 at the age of 51 and added a certificate of gerontology two years later. She joined the University of Akron Adult Resource Center in 1980 as a learning consultant and became director of the center in 1986. From 1988 until 1995 she served as programs specialist in the Office of International Programs, where her international background and knowledge of six languages proved invaluable.
Lici was an amazing baker famous for her fabulous nut torte which she served to a bevy of family and a coterie of international friends. She and Sam travelled the world and after his passing, she lived in Southern Florida.
Lici was predeceased by her husband Sam and leaves behind her two children Rina and Jack and their spouses Mark and Heather. She was a Safta to Jesse and his spouse Krissy Palchick; Daniel and his spouse Nichole Palchick; Zachary and his spouse Lyndsey Quock; Lylah and her sister Taliah Calderon. She was Mackenzie Marie Palchick’s great grandmother.
Funeral services will be held graveside Tuesday November 16th, 2021, at 2pm at Rose Hill Burial Park, Fairlawn Ohio. The family will conduct a zoom Shiva Tuesday afternoon.
In lieu of flowers, donations can be made to the United States Holocaust Memorial Museum in Washington DC.

To send flowers to the family or plant a tree in memory of Felicitas "Lici" Calderon, please visit our floral store. 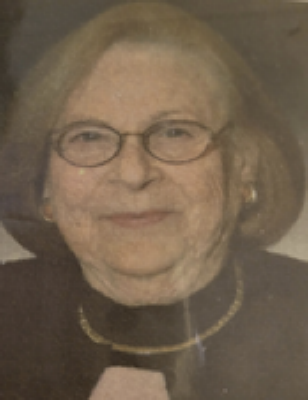 You can still show your support by sending flowers directly to the family, or by planting a memorial tree in the memory of Felicitas "Lici" Calderon
SHARE OBITUARY
© 2023 Gordon Memorial Home. All Rights Reserved. Funeral Home website by CFS & TA | Terms of Use | Privacy Policy | Accessibility